published by Hank Dunn - November 3rd, 2021
Race and the Place of Death of Our Choosing

If you had a choice, where would you want to die? At home? In a hospital ICU? In a hospice in-patient unit?

It has only been recently that more people have died at home than in the hospital. I used to discourage death in the hospital. As a nursing home and hospice chaplain, I cared for hundreds of patients in non-hospital settings. It seemed to me that dying outside the hospital was the better way to go. 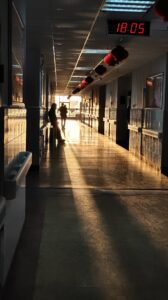 Photo by Alvin Leopold on Unsplash

When I was writing the third edition of my book, Hard Choices for Loving People, I included a section strongly discouraging people from going to the hospital to die. I sent a draft to Dr. Christina Puchalski, who leads the George Washington Institute for Spirituality and Health.

Dr. Puchalski is a pioneer in encouraging physicians to assess patients’ spiritual resources. She also was in active practice at the time, caring for patients in a Washington D.C. clinic. Many of her patients were African Americans with limited income.

She read my draft and saw through my attempt to manipulate readers. “Hank, many of my patients and their families feel more comfortable dying in the hospital,” she told me. “It is very common for people in the neighborhoods I serve to want to go to the hospital in the end.”

So, I modified that section. I listed all the possible downsides to hospitalization but acknowledged some would still prefer to go to a hospital.

A rural physician taught me a lesson 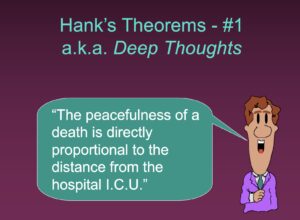 About that same time, I started traveling around the country making presentations to healthcare professionals. My most popular talk, “Helping Patients and Families with End-of-Life Decisions,” includes a series of slides with “Hank’s Theorems” on various end-of-life issues. The first slide says, “The peacefulness of a death is directly proportional to the distance from the hospital ICU.”

I was speaking at a resort in Button Bay, Vermont. A woman came up to me after my lecture and said she took issue with that slide. “I am an ICU doctor in a small rural hospital here in Vermont, and we do not have a lot of resources. We use our ICU as an in-patient hospice and have a lot of peaceful deaths there.”

Now when I show this slide, I also share this physician’s feedback. I clarify that it is the death hooked up to machines with medical staff beating on our chest that many of us want to avoid.

“Fighting to the end” or a “peaceful death”

But what about the people who want to “fight to the very end”? The ones who really do NOT want a peaceful death? Perhaps, aggressive interventions and a medicalized, violent end are their true desires. Then again, many families whose loved ones died in the ICU wish it hadn’t happened that way. They regret that their mom or dad did not have a more peaceful death. 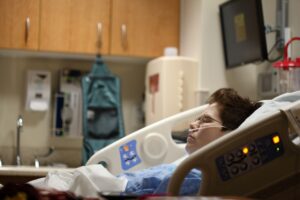 Photo by Sharon McCutcheon on Unsplash

So, here are two extremes of what death could look like: Being hooked up to machines in the ICU or choosing comfort measures only in a non-hospital setting. An article in the Journal of the American Medical Association (JAMA)Network Open and its accompanying commentary investigated this recently.

The research looked at metastatic cancer patients who died in a hospital. Some died in the ICU or had other more aggressive treatments like mechanical ventilation, CPR, or chemotherapy before they died. Others never had these interventions. There was a curious breakdown based on race.

Black, Hispanic, and Asian patients were much more likely to have aggressive interventions before death than White patients. This research could not answer why this was the case. The commentary in JAMA speculated that perhaps it could be due to the informed decisions of the minority patients or their families.

I have cared for patients and their families who did not want the death at home. They didn’t want to face the thought of living in the house where the dead had lain. Or the patient did not want to create an extra burden for the family, which can be so common in the last days. The hospital was the best place for them to reach their goals.

Either way, the hope is that people can have the death of their choosing.