published by Hank Dunn - December 29th, 2021
A Year of Reading on Faith, Doubt, and a Way Forward

This year, I consumed more than forty books. Their topics ranged from spirituality to science to the Civil War to race to books exploring my Southern roots. I surprised even myself with the number. In the coming weeks, I will share what I read in other fields, but here are a few books I read on spiritual themes: 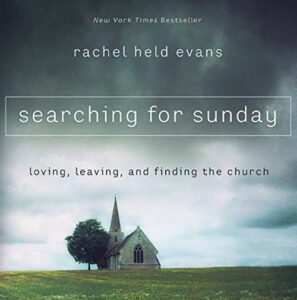 Searching for Sunday: Loving, Leaving, and Finding the Church (2015) By Rachel Held Evans.

I regret to say that I had not heard of Evans until 2019 with the news of her sudden, unexpected death at age 37. The outpouring of grief and respect by those whose lives she had touched got my attention. We shared common roots in White, evangelical fundamentalism that no longer fit our adult hearts. Here’s a sampling of her journey: “Faith isn’t just meant to be believed, it’s meant to be lived and shared in community.” “Christianity isn’t a kingdom for the worthy—it’s a kingdom for the hungry, the broken, and the imperfect.”

Faith After Doubt: Why Your Beliefs Stopped Working and What to Do About It (2021) By Brian D. McLaren. 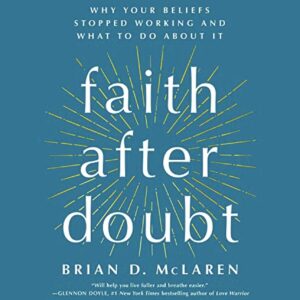 This is a good word for all the doubters out there. A former pastor and author of more than twenty books, McLaren encourages doubt and reframes it as the key to a more mature and fruitful faith. 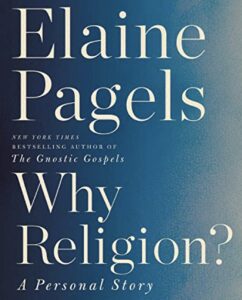 Why Religion? A Personal Story (2018) By Elaine Pagels.

Over a decade ago, I was planning a long road trip and asked my friend, Wayne (who collected the best books on CD), to pick a book for my trip. Wayne handed me The Gnostic Gospels (1979), and I was hooked on Pagels’ insightful writing about early Christianity ever since. I went on to read Beyond Belief: The Secret Gospel of Thomas (2003) and Revelations: Visions, Prophecy, and Politics in the Book of Revelation (2012). Although written by a historian, these books led me to a deeper faith. In Why Religion? she shares her faith journey following the deaths of her son and husband within a year of each other.

I have been a fan of devotional books for years. It’s easy enough to commit to read a page a day. I have read Merton, Rumi, Rilke, Lewis, Tolstoy, and Melody Beattie. I read these two this year: 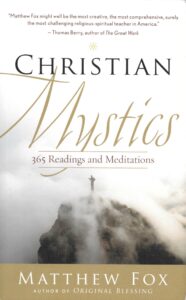 My friend, Myra Bridgforth, introduced me to this book as we co-led a silent retreat on the topic. Each entry starts with a quote from a giant of Christian mysticism: Dorothy Day, Meister Eckhart, Howard Thurman, Teilhard de Chardin, and many you have never heard of — or, at least, I never heard of them. Then, the mystic for our times, Fox, offers his spin on the quote. 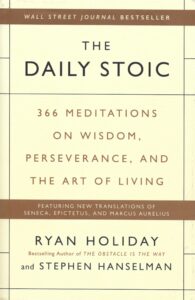 The Daily Stoic: 366 Meditations on Wisdom, Perseverance, and The Art of Living (2016) by Ryan Holiday.

This does sound boring, doesn’t it? I started this a couple of years ago and quit after a couple of weeks. I picked it up again in January and, WOW. I will finish it on time for the new year. Seneca, Marcus Aurelius, and other dead Romans share their wisdom that is just as relevant today.