“I know he would never want to be kept alive like this,” she said to me over the sound of a machine forcing air into her husband’s lungs. He lay motionless, eyes closed. He had been like this for months after arriving at the nursing home from the hospital.

She was holding out for the miracle that seemed unlikely. She was raised Catholic but converted to Judaism when they married some forty years before. One day I came into the room on my chaplain rounds, and she had both a Jewish prayer book and a Rosary in her hands. She figured it couldn’t hurt covering all the bases.

“Why is he like this?” she asked more than once, about him being in a nonresponsive state. Doctors told her he would never regain consciousness. “There must be a reason.” 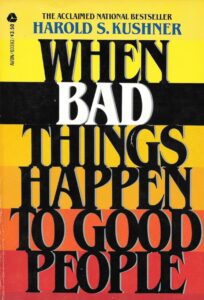 Since she was Jewish and asked this question, I gave her a copy of Rabbi Harold Kushner’s When Bad Things Happen to Good People. After the rabbi’s three-year-old son was diagnosed with a rare disease that would take his life by his teens, he pondered the question that became his best-selling book. Rabbi Kushner believes that although God is good and loving, nature randomly metes out bad things. God does not send bad things. They “just happen.”

I dropped in again a few days later, and she thrust the book at me. “I didn’t like it,” she said. “He says some things ‘just happen’ with no reason. I can’t accept that. There has to be a reason my husband is like this.”

Just as these situations usually progress, she and her three adult sons began to ask the staff and physician about withdrawing the life support. They were told it would be quite appropriate and could be managed in a way to provide comfort.

It came down to an impromptu meeting with me in the hall outside the patient’s room. “Dad would hate this,” said one of the sons. They all agreed it was time.

Then another son spoke up. “Wait a minute. We are all headed to the Super Bowl to cheer for the Redskins.” (Of course, he was referring to the Washington Football Team once known by that name.) The patient and his sons all had season tickets, a prized possession back in the day when the team won three Super Bowls in nine years.

“It would be really sad to go to the game in Minneapolis right after dad dies. Let’s do it after the game.” They all agreed.

I had heard a lot of reasons for delaying withdrawal of life support — waiting for a sibling from California to arrive at the bedside or waiting until someone gets married. Waiting for a football game was a new one for me. I could imagine the patient would have been fully behind the delay. Football means that much to some people.

I did see the compassion in this act. Perhaps having the game on in the patient’s room just might get through to this poor soul. I didn’t really believe it would, but what do I know.

The plan worked. They took the man home days after the game, where they withdrew life support, and he died peacefully.

And the Washington Football Team beat the Buffalo Bills that year, 37-24, in Super Bowl XXVI. 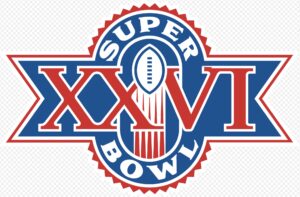