published by Hank Dunn - April 7th, 2022
My Problem with “Happiness is a choice” 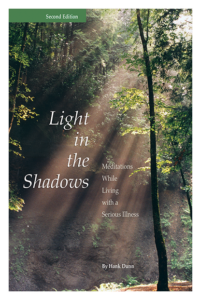 I am tempted to say that the cliché, “Happiness is a choice,” is wrong on the surface. But, over and over again we see people endure great hardships and they choose not to be overwhelmed. I am reminded of Viktor Frankl and his “last of the human freedoms.” The following appears in my book Light in the Shadows:

“This idea that we have a choice in our happiness is not original with me. Viktor Frankl is the one who told us this is the ‘last of the human freedoms’—the freedom to choose how we will respond in any given set of circumstances. He was a Jew and a psychiatrist who learned about this freedom as a prisoner in several concentration camps during the Second World War. Hear his words: 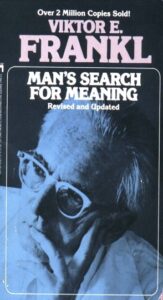 “The experiences of camp life show that man does have a choice of action.… Man can preserve a vestige of spiritual freedom, of independence of mind, even in such terrible conditions of psychic and physical stress.… We who lived in concentration camps can remember the men who walked through the huts comforting others, giving away their last piece of bread. They may have been few in number, but they offer sufficient proof that everything can be taken from a man but one thing: the last of the human freedoms—to choose one’s attitude in any given set of circumstances, to choose one’s own way.

“[I]n the final analysis it becomes clear that the sort of person the prisoner became was the result of an inner decision, and not the result of camp influences alone.… I became acquainted with those martyrs whose behavior in camp, whose suffering and death, bore witness to the fact that the last inner freedom cannot be lost.… It is this spiritual freedom—which cannot be taken away—that makes life meaningful and purposeful. (Viktor E. Frankl, Man’s Search for Meaning, New York: Washington Square Press, 1984, pp. 86-87.)

“The sort of person we become is the result of an inner decision and not the result of the influences of… cancer… the illness of a child… divorce… disability.

“A thought for this day: When the circumstances seem to be overwhelming, I will know I have a choice in how I am going to respond. I will not blame my illness, or other people, for how I feel inside.”