The daughter started her eulogy, “I am so angry. God has a lot of explaining to do….” I sat there, stunned, now wondering how in the world I could follow such a performance. 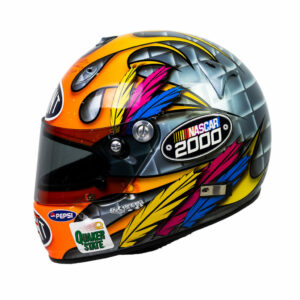 I’ve had the opportunity to officiate many funerals over the years. This was supposed to be one of the “easy” ones. The dead man’s family had a relative who once was a member of my church in Vienna, Virginia, back in the day. None of the family attended that church now — or any church. So, when the man died suddenly of a heart attack at 64, they turned to us for a minister to conduct the service — kind of a rent-a-preacher.

Our pastor was out of town, and it fell to me to fill in. It sounded straightforward enough. They just needed me to be an emcee, so to speak. The daughter would do a eulogy, and we would open the floor for others to give tribute to the recently departed.

As I met with the daughter and granddaughter to plan the funeral, they made it clear that this family was not religious and did not want a lot of God-talk. They agreed to a prayer and Psalm 23. That was that. No sermon. Little religion. I would just show up at the funeral home, conduct the service, get paid, and go home.

I walked into a whole new world

When I entered the funeral home before the service, I walked into a whole new world (for me, at least). At the front of the chapel, a NASCAR flag draped the casket. The deceased’s helmet sat on top — a tribute to his years as a driver on the small-town racing circuit. Scores of people milled around, some laughed, some cried.

Overhead speakers pumped in country music. Vince Gill sang, “I know your life on earth was troubled / And only you could know the pain… Go rest high on that mountain / Son, your work on earth is done.”

This was no time for theological argument

As she spoke, I sat there running through my mind things to say to offer another view of her father’s sudden, unexpected death. I thought about referencing Rabbi Kushner’s When Bad Things Happen to Good People. Kushner believed some things, including some deaths of people we love, just happen at random — a belief I share. But obviously, this was not the time nor place to get in a theological argument.

Then the wisdom of Fr. Seamus O’Reilly came to mind. As he talked to his parishioners about the AIDS epidemic in the 1980s, which some Catholics believed was punishment for sin, the wise priest said:

The man had died from a malfunction of his heart. Nature requires that our hearts pump life-giving blood in our veins. This man died of natural causes. “Nature never forgives”? No, that wouldn’t do.

Bless her heart — she was deeply grieving

The daughter’s angry tone did soften partway through her speech. It was clear she was an adoring daughter. She gave a touching and loving tribute to her father, as good a eulogy as I had ever heard from a family member. But she ended where she began, “God has a lot of explaining to do.”

When my turn came, I know I started with, “Death is always a mystery…” and kept it brief. I was speechless after witnessing this woman’s pain. I think everyone else was speechless, too, because few spoke when I opened the floor.

I’m always amazed when those who claim not to be religious will often blame God for tragedy. The funeral could have been a wonderful opportunity to be thankful for the great gift of the time she had with her father. But, bless her heart, she was deeply grieving the loss of her beloved father. I felt so sorry for her that her hurt had turned to anger.