Can one be thankful and not really thank anyone or anything?

Can we be overwhelmed with gratitude but have no need to direct our thanks in any one direction? 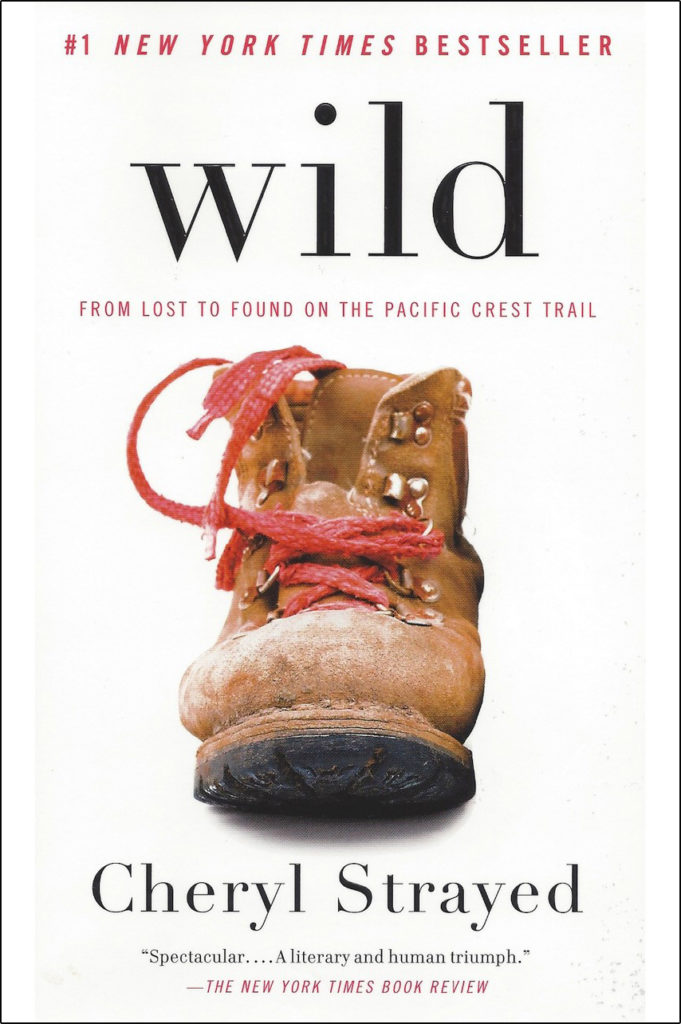 These questions came to me as I finished the last pages of Wild: From lost to found on the Pacific Crest Trail by Cheryl Strayed. This memoir came out last year and has been ably reviewed in the New York Times by Dani Shapiro. My interest here is from just one line on the next to last page of the book.

Full disclosure here—the book is about grief and backpacking, two abiding interests in my life. I probably would write favorably of anyone who takes her grief over the losses of her mother, her family, and her marriage on a months-long, 1,100-mile backpacking trip. Cheryl Strayed did and wrote about it.

Over the months she encounters the elements (heat, waterless stretches on the trail, snow, etc.) and animals (bears, snakes, cattle, more etc.) and human characters. She also encounters the demons and angels who have been with her over the years. Her 45-year-old much-loved mother died a few years before the hike. She, her siblings, and mom were abandoned by her father. Her step-father drifted away in recent years. Strayed’s own marriage fell apart primarily through her own shortcomings.

I have never attempted long-distance backpacking. The most I have ever lasted was four nights. So I only have a hint of what she went through on her arduous journey. I know and have met many through-hikers on the Appalachian Trail within a half-hour of my home. Here in Virginia the people I meet on the AT have completed one thousand miles on their way to Maine, another thousand miles to the north. Strayed’s stories of the people she ends up hiking with for a few days at a time ring true.

In the end, gratitude was her feeling at her core

At bottom, she writes of her journey to emotional wholeness she has found in what was once the wreck of her life. There are many moving passages in the book but I was caught by her sense of gratitude in the end. She never portrayed herself as a religious person in any sense of the word. But, in the end, gratitude was her feeling at her core.

She had touched the bridge on the Columbia River, the site of the end of her journey. She walked back to an ice cream stand to give herself a treat with the last two dollars she had to her name. She enjoyed the treat and chatted with a lawyer from Portland who pulled up in his BMW also to have an ice cream cone. She said goodbye to him and . . .

Religious types say “thank you” to God. Others thank a “higher power” or thank “the universe.” Strayed evidently felt no need to tell us if there was a “you” to “thank you.” In my life-long quest to understand the spiritual journey I don’t think I have ever encountered a more simple and yet profound expression.

One is the recipient of the graciousness of life. Most of the dying people I have met in my thirty years at their bedsides have that same humility and gratitude.

Cheryl Strayed ends acknowledging the truth I tried to capture in my poem “Giving Up, Letting Go, and Letting Be.” Her last words of her book . . .