Being Sued for SAVING the Life of a Patient

“I’ll drag mother down to my car and take her to the emergency room myself,” she told me. 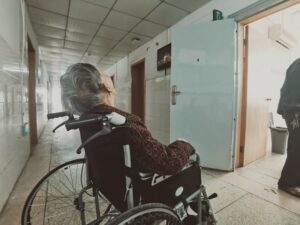 The patient had left verbal and written instructions that she did not want to have life-saving treatments when she was dying. A “No CPR” order was on her chart. Knowing her daughter’s feelings, the old lady chose her son as her power of attorney. She conspicuously omitted any mention of her daughter in the document.

I met this patient, her son, and daughter while I was a nursing home chaplain. By that time, the patient had severe dementia, so healthcare decisions were in the hands of the son. The daughter commented about taking her mom to the emergency room in one of our earlier conversations.

A recent issue of Hospice News featured a story about how healthcare institutions are open to lawsuits if they do not honor a patient’s wishes to refuse life-sustaining treatment. We almost always think it is the right thing to save a life. But there are cases of “wrongful life.” That is, saving a patient’s life who had chosen to let a natural death happen.

As it typically happens, the nursing home patient I ministered to went into a slow downward decline. Even the daughter eventually realized that when her mother’s heart finally stopped, it was time. Thankfully, there was no schlepping the poor old lady into the car.

A Tale of Two Docs

In my last blog I told the story of two physicians. Dr. Rogers took care of my mother in the last months of her life. He is among the best of doctors for this phase of life. The other doc, I’ll call Dr. Smith, was among the not-so-good ones. I will repeat my short story:

The other doc was among the not-so-good ones

. . . I had a patient once at the nursing home whose dementia had advanced to the point where he did not know his wife, wandered the halls, and urinated in the corners. He had a long and proud career in the FBI and was now reduced to living most people’s worst nightmare. I suggested to his wife that she speak with the physician about a “No CPR” order. She reported back to me that when she requested the order, the doctor hesitated and referred to me as the “chaplain of death.”

I was shocked. Here I had done the hard work for him in addressing the emotional and spiritual issues and sent a caregiver to him requesting what, in my view, was a most appropriate order. If this patient could see himself and have a right mind, I was certain, and so was his wife, that he would welcome death. His heart stopping was the only way to be free from the dementia ravaging his mind. . . .

I am sure Dr. Smith is a fine doctor in many ways. He probably took good care of this nursing home patient. He just seemed uneasy making the shift to “comfort care only” as this patient moved toward the end of his life.

What makes the difference between the best docs and the ones who have room for improvement?

First, Dr. Rogers was more patient-centered. He tried to ascertain what my mother would have wanted and how she felt about her current condition. “How did your mother feel about her dementia?” he opened the conversation.

I wasn’t in the room with Dr. Smith and the wife of the advanced Alzheimer’s patient at the nursing home, but it appears he was more interested in treatment orders. If he had just stopped to inquire about what the patient might have wanted, he could have spared the wife from feeling like she was asking for a death sentence.

Secondly, Dr. Rogers offered his professional opinion based his experience and a “best practices” approach at the end of life. Once he had us establish what Mom’s feelings about advanced dementia were, he told us what was needed to reach the goals of mom’s care.

The wife of the Alzheimer’s patient needed the advice of a doctor who could tell her about the limited effectiveness of CPR and the appropriateness of a “No CPR” order. She got that information from me and the doc belittled my contribution.

Dr. Smith seemed to think death could be stopped or at least postponed. If he read the medical literature he should have known that CPR offers no hope of saving the life of this patient. Good medical care has a lot to offer patients at the end of their lives. Dr. Smith could have sought to keep the patient comfortable rather than trying to stop death with resuscitation attempts.

The Dr. Smith’s of this world are not bad people . . . maybe not even bad doctors. They just need to see death as part of life and that the physician has a role in making a passing as comfortable as can be.

CPR Did It For Me

CPR did it for me.

Not the procedure ON me but my awakening to the fact that some widely used treatments have little benefit for vast numbers of patients.

I became a nursing home chaplain in 1983 with no experience in healthcare. I was introduced to the standard practice of performing CPR on all patients without a pulse unless they had a “Do Not Resuscitate” (DNR) order. Actually, at our nursing home, the order was “No CPR.”

It is a “death-and-death” decision

That language choice was intentional. The DNR order implies that if you use the procedure the patient would be resuscitated. It was presented as a choice for the patient or family. “Would you like us to resuscitate your mother?” In fact, less than 2% of nursing home residents who receive the procedure have their hearts restarted with CPR. So our order was more honest. “No CPR” meant we would not perform the procedure. You weren’t choosing between resuscitation back to full health or death. There was almost no chance the procedure would work, therefore, you were choosing between CPR attempts and no attempts. I tell people this is not a “life-and-death” decision. It is a “death-and-death” decision. The patient will die no matter what the choice is but one is choosing the nature of the death.

In recent years some facilities have stopped using “DNR” for this very reason. Other terms are gaining in use. DNAR for “Do Not Attempt Resuscitation.” My favorite is AND for “Allow Natural Death.” This implies we are not withholding something, we are just allowing the natural processes to reach their expected conclusion. Letting be.

Cardio Pulmonary Resuscitation started in the late ‘50s as a means to restart otherwise healthy hearts which had failed. Drowning victims or those who have had accidental electrocution were good candidates. It originally was never intended to be applied on patients where death was not unexpected. Slowly, it made its way into all healthcare facilities as a standing order against death.

[As an aside, I would hope, in the event of sudden cardiac arrest, my children or grandchildren would have CPR attempts. I do not have the same hope for my 92-year-old mother with Alzheimer’s.]

CPR has been shown to be virtually ineffective for large groups of patients.

Now, even after decades of “improvements” in the procedure and research into its effectiveness, CPR has been shown to be virtually ineffective for large groups of patients. And we know before we start who some of these patients are. CPR offers no benefit to: patients in the terminal phase of an illness; patients who cannot live independently (all long term nursing home patients and assisted living residents); and patients who have multiple medical problems in advanced stages.

Why do we attempt to resuscitate a patient when we know ahead of time it will not work?

One of the reasons is that many physicians do not know the truth and/or fail to inform patients or their families about the ineffectiveness of CPR in a particular case. Conversations to inform patients and families take time and can be emotionally laden. So, some physicians take the easy road and never have the conversation or just ask, “Do you want us to resuscitate your mother?” without informing the family that the attempt will not work.

Another reason for widespread use of resuscitation attempts are the unrealistic expectations of the general public, often influenced by television portrayal of patients being rescued by paramedics or hospital personnel. A few years ago study analyzed how CPR was depicted on popular TV shows. On “Rescue 911” 100% of resuscitation attempts were successful, when in the real world only about 15% are successful on all patients. No wonder families inform physicians to “try everything” when they have seen “everything” on TV and it works all the time.

An even greater reason CPR is performed on patients who will not benefit are the emotional and spiritual issues surrounding the “No CPR” order. I had a nursing home patient who was failing and near death. He was still a “full code,” meaning everything should be done to save his life including resuscitation attempts. I spoke with his daughter and explained the ineffectiveness of CPR on patients like her father and that our medical director recommended a “No CPR” order for all such patients. She said, “I know CPR will never save my father’s life, but it is just so hard letting go.”

Symbolic gestures only with no medical benefit.

CPR has become a symbolic gesture. In many cases, we know it has no medical purpose. Yet it allows patients and families to maintain the illusion of holding on, the illusion of control. They can’t let go or let be.

Later in my career, I learned of other ineffectual treatments like IV hydration for dying patients or feeding tubes for advanced Alzheimer’s patients. These have their own illusions for doctors and families but are symbolic gestures only with no medical benefit.

As a pastoral caregiver I see a great opportunity for ministry with those who say they want to “try everything” in face of certain death. There is something else going on when people say they want a resuscitation attempt when they know it to be ineffectual. I say, “Tell me more about wanting CPR. That is a very unusual request for someone in your condition.” The tears and the words come forth. “I am afraid of dying.” “I don’t want to lose mother.” “I hope to reconcile with my father.” These are real issues but CPR attempts do not address them.

Beating on someone’s chest will not take away their fear of death nor reconcile them with a family member. Perhaps a chaplain, social worker, or clergy person could help. Please, somebody tell these people the truth and deal with the real issues behind resuscitation attempts.