Remembering COVID-19 While in the Midst

me·mo·ri·al| məˈmôrēəl | noun 1 something, especially a structure, established to remind people of a person or event.

A memorial to COVID-19 surprised me at first. Is it too soon?

We usually think of memorials being erected long after the fact. World War II ended in 1945 and its memorial on The Mall in D.C. opened in 2004. At the other end of the reflecting pool stands the 1922 Lincoln Memorial honoring a president who died in 1865.

Also nearby is the Vietnam Veterans Memorial built in 1982 for the war that ended in 1975. This memorial is a particularly moving display of 58,320 names of the war dead. Initially, the design of two granite walls sunken into the ground was highly criticized with one official calling it “a black gash of shame.” It has become a pilgrimage site for families and brothers-in-arms to touch the names of those they have loved and lost. Here, grown men weep at the sight of the name of a fallen comrade. 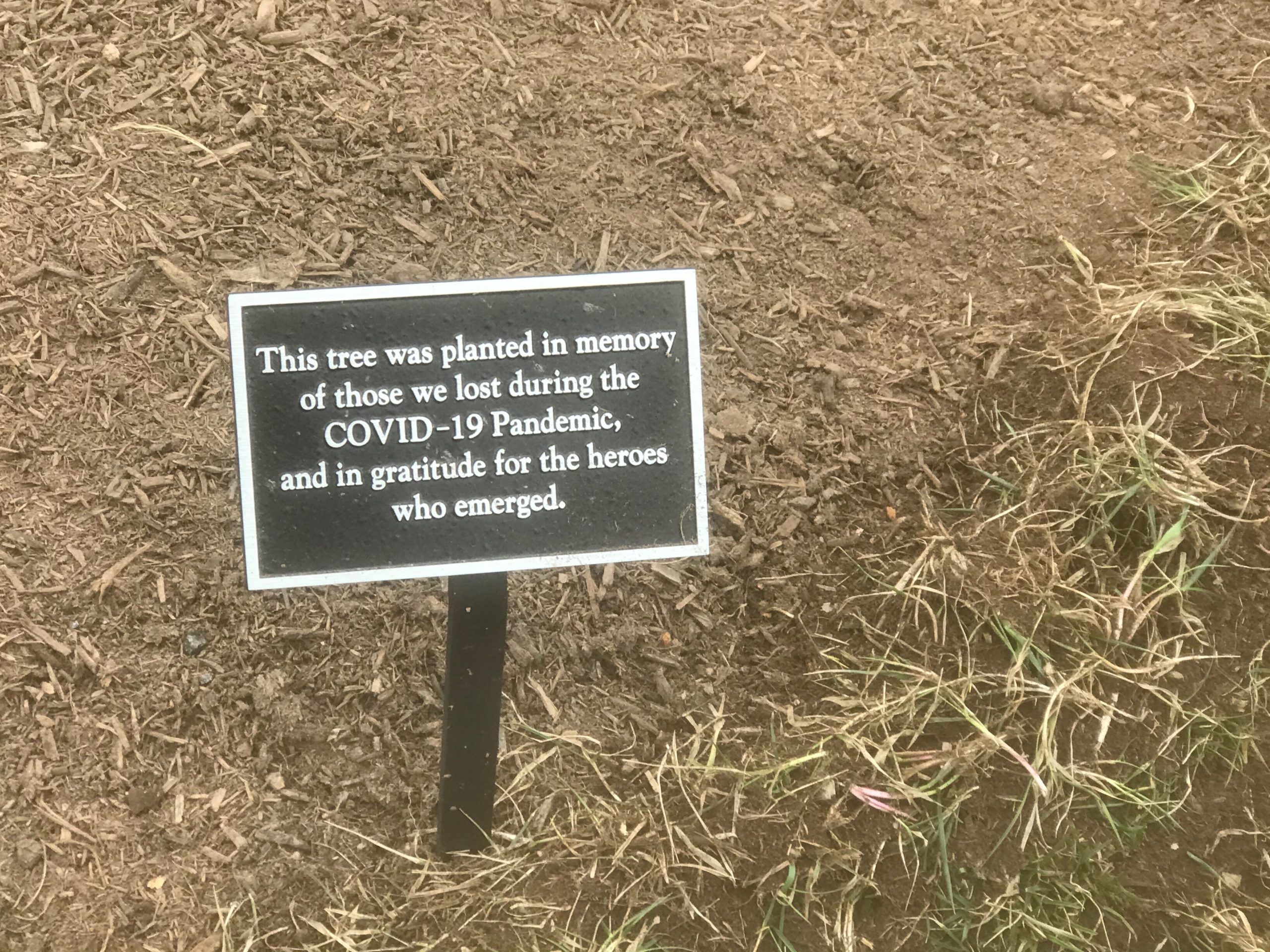 On a recent walk I was surprised to see a metal engraved marker remembering those who died of COVID-19 and honoring the heroes. It stands in a small park in Leesburg, Virginia, right next to the rails-to-trail bike path. A local Girl Scout troop planted a tree and set the marker at the end of December. The marker reads: “This tree was planted in memory of those we lost during the COVID-19 Pandemic, and in gratitude for the heroes who emerged.”

My surprise stemmed from the fact that this pandemic is far from over. People are still dying in great numbers. We are still wearing masks as a daily reminder to be vigilant. We have been warned deaths could spike again. How can we gain the benefit of a “remembrance” when this event is still unfolding?

Do we need to be reminded?

Of course, there have been temporary memorials like the candles at the White House the evening we passed 500,000 deaths. A story and photos appeared in my Facebook newsfeed with medical staff kneeling in prayer next to white flags at the Texas Health Harris Methodist Fort Worth hospital. I am sure they would like to put this all behind them, but they had to go back inside and care for more COVID patients.

Do we need to be reminded about the pandemic? No, but I think we want families of the dead to know that we noticed. What must it be like to have lost someone to a plague that the country is so ready to forget ever happened? Or, at least, we want things to “get back to normal.” The bereaved will never get back to pre-pandemic normal.

Perhaps the Girl Scouts are too young to realize that this pandemic is a once-in-a-century event (hopefully). Do any of us know the long-term effects of months of isolation and remote learning? Does this memorial remember children’s grief over the lost memories of events (like a prom) that could have been but never were?

What about the effect on the elderly isolated in nursing homes who, we know from research, are being prescribed increasing amounts of psychotropic drugs? How do we mark the loss of the mental health of those elders who have just months to a few years to live?

My guess is it will take a generation to memorialize this time. My hope is that we, as a people, will be better because we allowed ourselves to grieve…and to remember.