Was This My Life or Just My Memory of It?

Which event seems hardest to believe? 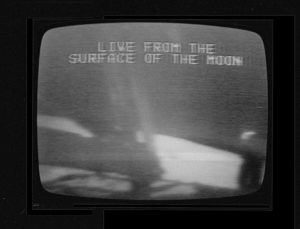 Watching billionaires launching themselves to the edge of space recently, I couldn’t help but think back to a stretch of five unbelievable days in my youth.

It was summer, 1969. I was going to summer school at the University of Florida, in a last-ditch effort to get my grades up and avoid being drafted with the next stop Vietnam.

I have been a “space race” fan since my earliest remembrances. More than a decade before the moon landing, in 1957, I recall being disappointed in both the failure of the US’s Vanguard rocket and the success of the Soviet’s launching Sputnik.

From our home in Tampa, we could see night launches across the state at “the Cape.” I actually had a goal of becoming an aerospace engineer as I headed off to college. I crashed and burned in my second semester of calculus and conveniently, the Lord called me into the ministry at exactly the same time.

Here’s how I remember the three events.

(As I have retold this story for the past 52 years, I always said that the hardest event to believe was actually standing on that causeway in Titusville on Wednesday morning.)

We were ten miles from the launch pad. On the night before the launch, you could clearly see the rocket aglow from flood lights, even from that distatnce. At liftoff, the rocket seemed to move so slowly it looked as if it slipped sideways before picking up speed to clear the tower. I could hear the roar and feel the concussion of the atmosphere on my chest. In moments, it was gone.

To me, the in person rocket launch was the hardest to believe.

Why is “reality” so hard to believe?

Why? I had been raised to see so much fantasy on TV and at the movies that walking on the moon as televised on the small screen and imagining a voyage to Jupiter on a big one seemed quite plausible. But 3,250 tons of metal, fuel, and human flesh being launched into space before my eyes? Not possible. I get the “moon-landing-deniers.” It seems far-fetched.

Am I remembering all this correctly? …What is memory anyway?

Nobel-Prize-winning author Gabriel García Márquez once wrote, “Life is not what one lived, but how one remembers it.”