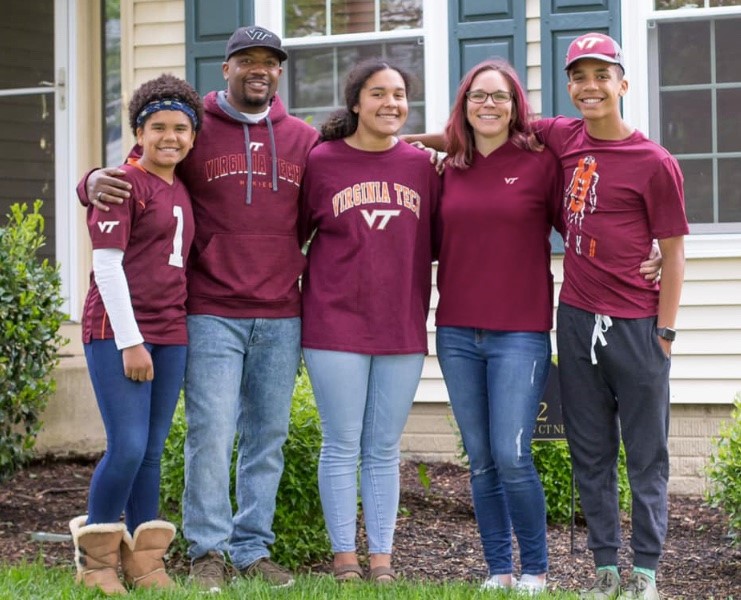 Ashley and her family

“Dad… the biggest combatants of dementia are exactly what we teach in our [suicide prevention program],” my daughter responded on Facebook to my last post on friends, hearing loss, and dementia.

My daughter, Ashley Dunn Harper (@Ashharper9333), is a middle school counselor and mother of three, one in middle school and two in high school. (We’ll not get into them being three of the greatest grandchildren.)

Ashley works in Loudoun County Public Schools in the D.C. suburbs of Virginia. Sadly, teen suicide is an issue the school system, counselors, teachers, and parents have had to address. LCPS has chosen the Sources of Strength model to try and get a handle on this terrible problem.

Reducing the risks of teen suicide AND Alzheimer’s

In my blog, I quoted two lists of things to do to reduce your risk of Alzheimer’s. Ashley saw those lists and immediately recognized the similarities between her work in helping teens live a healthy life and avoid suicide and my observations about mental health in the closing years of life.

The “Sources of Strength” list includes this: “Positive friends lift us up, make us laugh, are honest with us, and are there for us when we need them.” This is not unlike the lists I quoted which included “Having two or three close friends” and “Interacting with friends.”

I did notice the list for teenagers specified positive friends. My spin on this is that by the time we get to our sixties and seventies we have already dropped negative “friends” from our lives. Teens are still learning there is a difference.